Where was Cheers filmed

Cheers was filmed in Boston, Massachusetts in the USA.

Scene where The bar

Scene was shot The bar, opened in 1969 had been a quiet, low profile, local watering-hole until it was discovered by Hollywood in 1981 and premiered in 1982 as the bar Cheers for the TV show of the same name. The show ran for 11 seasons and made the bar one of the most famous bars in Boston. 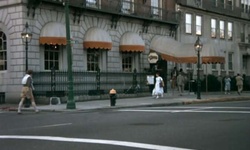