Where was Deliverance filmed Deliverance was filmed in South Carolina and Georgia in the United States of America.

Scene where Lewis Medlock, Ed Gentry, Bobby Trippe, and Drew Ballinger canoe down the Cahulawassee River before it is flooded by construction of a dam. 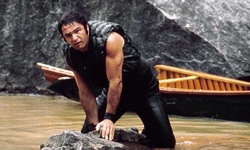 Top of the Rock

Scene where ** spoiler alert **Ed climbs the cliff and hides out until the next morning. The man who shot Drew appears. Ed uses Lewis's bow to shoot the man. 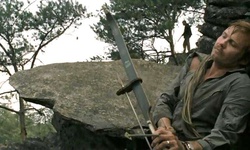